cLn Gaming (Cheeky Little Nipple Gaming for the rest of us!) is currently having a resurgence.

Let’s be fair – this time last year everybody was extremely excited about our first venture in to the gaming world – online streaming. And in fairness it was fairly successful! A huge Dungeons and Dragons youtube webseries which was live on twitch every time it was created, and a series of different counter strike videos – the main one reaching 44,000 in 3 days being the highlight.

After that though the company started to fade – people have other jobs, girlfriends and generally didn’t play as many games as they did before. That sucks. There is nothing worse than having real life commitments right?! We got together at different insomnia events throughout the year, 54, 55 and 56 with it culminating in the country’s largest pub quiz being won by none other than CLN! We donated a lot of money to charity that night, drank a lot of beers – almost got in a fight with a bunch of thieves and played a lot of games in to the night. 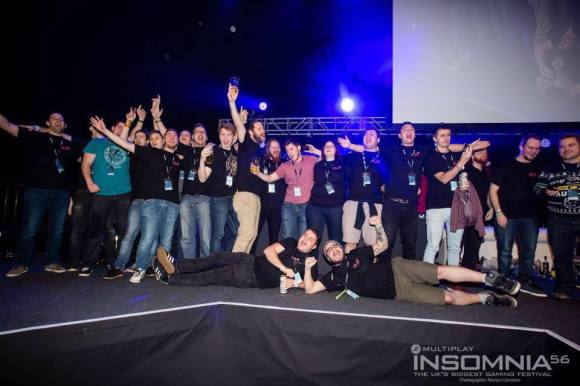 We have been playing games since last year though – we had a very competitive CS:GO team and we were streamed live on the stage for rocket league too! And the core of the group absolutely love playing games, whether that be single player or multiplayer – we are all really keen to continue as a group – as an organisation.

The new venture however is slightly different – it’s still completely about games – but let’s utilise another talent we have – our writing! It just makes sense. Whether that be a review, a random article, a guide, a comparison, an analysis about a game – it will be covered by us from now on.

I’ve just completed Halo 5 for example – instead of just taking that experience away with me to maybe tell a few friends about here and there – why not write about something within that game? The new weapons – what’s good what’s bad.. so much to write about, so much to share. We have a lot of passion for games and we are searching for a unique way to share that with the world!

So go and visit us at http://www.clngaming.com where our shiny new website will host new articles regularly – eventually the plan is to expand and look in to other things we enjoy – films – sports maybe – wrestling? – who knows! All we know is that we are more than excited to present the new direction in our organisation and we can’t wait for you all to read what we have to share !